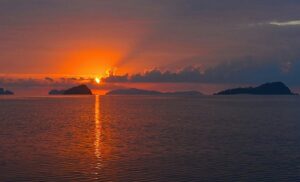 I’m writing this because I’m about to take a deep dive into personal feelings in order to work on a new YA contemp project I’m pitching to a traditional publisher. I have a rough plotline and some strong characters, and the story is somehow demanding to be written, which is great, that’s kind of what you always want to happen. I’ve written the story non-sequentially up to this point, and I need to start filling in the gaps between sections and I’ve got lots of good ideas, so yay.

But (and you knew the but was coming somewhere, didn’t you) I’m very aware that this story touches on some personal emotional issues, and I won’t be able to avoid them if I want to write this book well. In fact, if I want to write it well, I will have to dive right into that vein and follow where it leads, and I can’t say I’m looking forward to it.

Tell you the truth, the whole thing scares me shitless.

Writing towards vulnerable places, you spend a lot of time feeling really exposed as you work, and at the end of the day you’re pretty tired. It’s draining. And yet there’s no denying the power of words you write while you’re tapped into those feelings. But why is writing towards vulnerability so fucking hard? And how do you do it, day after day, for the duration of the time you spend writing the book? How do you keep focused, and open, when you’re writing this kind of stuff? How do you cope, on a personal level, while you’re doing it?

These are all questions I’ve been trying to answer before I settle down to work. My most recent book, White Night, had a number of scenes that were personal, that felt resonant at the time of writing. I’ve been trying to get my head around the idea of writing a whole book that resonates in that way, and I’ve got to tell you, it seems daunting. This new project will be intense. Everything you put down on the page has its own urgency, but some things really take it out of you, and I’m anticipating this project will be like that.

I guess the first question to start with is, why is writing towards vulnerability so hard. And I guess the answer is fairly obvious and straightforward: to write towards vulnerability, you have to push towards fear. Fear of revealing your personal feelings, fear of being unliked, fear of exposure – those are all justifiable concerns. You might also be reluctant to revisit feelings that are disturbing or unpalatable, or relive unpleasant events that those feelings are attached to – you might be scared too, of what that kind of self-examination will reveal. There’s also the legitimate fear of repercussions from family or friends, if they’ve had any involvement in the memories and emotions you’re exposing. Finally, you might be concerned that the feelings you’re accessing will bleed so much into your writing that the prose will come out purple, or too raw, which is a genuine concern as well.

The real question I guess, in the face of these fears, is why the hell would you do it? Why would you even attempt it?

The short answer is: because it makes your writing fucking awesome. 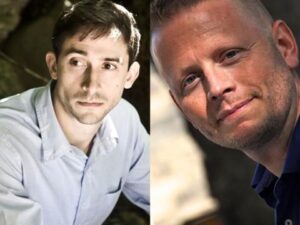 I saw Patrick Ness and Jesse Andrews speak – by the power of Writers Victoria! – with CS Pacat at Kyneton Town Hall recently. I was interested to hear Patrick Ness say, ‘You should always write towards what terrifies you,’ and considering that the man has won a record number of children’s literary awards, I’m inclined to take his advice. I think for books for teenagers, particularly, there’s no point not being real, not being genuine. Ness imbues his work with intense feeling, and you know in your gut that this kind of writing comes from deep within the soul. Teenagers respond to that – heck, everyone responds to that. It’s what makes a good story great, makes a simple idea profound, makes a character into a real person. In lots of books you see glimpses of it, but in some writers’ stories, it’s there in every line.

Ness gave some tips on writing towards vulnerability in that way, the most important one being that you need to remember that you don’t have to show the first draft to anyone. ‘No one has to see it but you,’ he said, and when he said that I immediately thought, ‘Phew’. It gives you an understanding of what it means to write in this way when you realise your concerns about your first draft aren’t that it’s not good, but that it’s too personally revealing. But Ness is right: you don’t have to show anyone that draft. You can take your own sweet time with it, trimming and tidying and disguising a few things in a well-crafted ways before you share it. Knowing this – that your first draft is yours alone – is freeing in lots of ways, because it relieves some of that fear about exposing yourself on the page, plus any lingering anxiety about producing raw, unsophisticated prose.

The other suggestion that Ness had was about self-care, that you should regularly do some things that are not writing-related over the period of the project. This isn’t a procrastination technique, but rather something that allows you some time to debrief and nurture yourself. He specifically mentioned exercise – that helps, apparently. I have to agree, because exercise is good for every writer, whether they’re writing tough stuff or not. Chuck Wendig makes an excellent point when he says, ‘Your brain is a computer wrapped in meat, and if the meat fails, the computer can go slow too,’ which seems a bit harsh, but you get it.

I asked another author about self-care while writing tough, and he said that when he’s writing intense stuff he has a friend who knows, and who checks in on him from time to time. I like that idea, of a system of checks and balances, and I think it’s very wise – having a network of support around you is important for this kind of writing. Make sure you’re getting some human interaction. See your friends – hell, see your therapist.

Of course, if you have a family, that can bring you back to earth pretty effectively, too. Although dealing with family during periods when you’re working deeply and feeling tired can be jarring, which is why I think Jesse Andrews’ advice, ‘Make sure you get enough sleep,’ is really useful. Get some sleep, hey. I know you get caught up in it, the writing of it, but you can’t do this stuff without rest. Get your eight hours, or your six hours, or whatever, and make sure you’re eating properly, and that will help put some gas in your tank for the tough days.

I think the main thing about writing towards vulnerability is that you shouldn’t feel nervous about abandoning yourself to emotion when you’re writing. If it helps, make a private place for yourself to write, where you can shut the door and let go. Then if you get caught up in the whirlwind of it and you end up crying onto the page or something, at least you won’t feel self-conscious about doing it in front of someone.

Above all, don’t feel afraid to be afraid of the process. Occasionally you find that just admitting to yourself that these things scare you is enough to rob them of power. And yes, okay, sometimes that won’t be enough, sometimes it will be hard, and then you just have to dredge up courage from somewhere and Do The Thing anyway.

I’m sure some of you reading this now are thinking, ‘Well, shit, that sounds really difficult, why would you even do that?’ which brings us back to the issue of why writing towards vulnerability is necessary for some projects. I already gave you the short answer, but Stephen King gives a version of that when he says, ‘Write anything you like, so long as it’s the truth,’ which – haha, Mr King, you trickster – is a way of saying that truth on the page, honesty on the page, is the best strategy for writing. Because ultimately, it produces better quality work. Because if you can only get that truth down, you will find that the reader opens their heart to it as much as the writing has made you open yours.

Because, as Anne LaMott points out, ‘Becoming a writer is about becoming conscious. When you’re conscious and writing from a place of insight and simplicity and real caring about the truth, you have the ability to throw the lights on for your reader. [They] will recognise [their] truth in what you say, in the pictures you have painted, and this decreases the terrible sense of isolation that we have all had too much of’.

*quotes from Patrick Ness and Jesse Andrews were verbal answers to direct questions; quotes by Stephen King and Anne LaMott are taken from On Writing and Bird by Bird, respectively