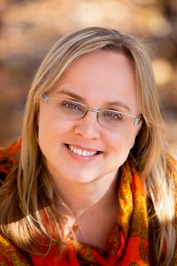 Welcome again to another session of Five Messy Questions!

This week we’ve grilled Paula Weston, the author of this month’s title, THE UNDERCURRENT, about everything from how not to wet your pants to why she’d use a katana during a zombie apocalypse. Paula, thank you for playing, and Enjoy!

After writing a story over four books with The Rephaim series, I wanted to craft a stand-alone with The Undercurrent to make sure I still could, and because the story I had in mind could be told in a single volume.

As for the story itself, I’d been thinking a lot about where Australia was heading economically, and what the future might look like if our economy declined, particularly in terms of how that might impact government policy decisions. More importantly, I wanted to know what that might mean for the rest of us who had to live with those decisions. Being me, I needed to do all that within a story with plenty of action, pace and intrigue, and – of course – a bit of sexual tension.

Rec us a book on writing craft, would ya?

Anne Lamott’s Bird by Bird. It’s more about being a writer than it is about craft, per se – trusting your process, dealing with fear, finding insight – but it’s an endless source of inspiration. It’s one that people recommend often and for a good reason.

While researching your book, you found out some crazy stuff, and it was…

Oh, so much stuff! I wanted Angie (Jules’ investigative journalist mum in The Undercurrent) to have some meaty issues to be obsessed with, so I researched how nuclear power stations work and what ‘radioactive half-life’ actually means. I learned there are different grades of radioactive waste, from that created by medical technology (x-rays etc.) to spent fuel rods in nuclear power plants, and that we have no solution for how we store this waste. I discovered that it takes 300,000 years for nuclear waste to naturally return to the radiation levels of the source uranium, and that the processes we currently use still take 9,000 years. That means we need somewhere to store all that waste, and as far as I can work out, we don’t – as a planet – have a solution for this. Basically, we’re hoping that someone in the future will come up with a better idea. That was a bit of shock, to be honest.

I also researched prosthetic limbs, how mitochondria works in human cells, where you inject peptides, what it’s like to ride in a Hercules aircraft, how a desalination plant works and what sort of weapons South Australian beat cops and federal agents carry. You know, just the usual stuff.

How not to wet your pants.

(This will make sense when you read the book, I promise!)

A katana. Yes, you have to get up close but it doesn’t need bullets so you won’t have to worry about ammo. The apocalypse may last a while, so that’s one less item of supply you have to forage for. (Plus, the Rephaim all use katanas, so this is a rare opportunity to talk swords.) This option, of course, only works if said zombies are slow movers. None of those World War Z sprinters, thank you.