We have not been washed away in the rains here, although it was a near thing (for those of you living far away, south eastern Australia has had some of its highest Spring rainfalls and worst flooding in about ten years – at left is an actual picture of our actual access road during last week’s deluge).

I’m not that bothered by flooding in my vicinity because I’ve always felt that I could cope quite well with being cut off – so long as I had a stock of teabags and condensed milk, a few bottles of wine, and a stack of good books. Hmm, priorities.

One of the books might well be our September 2016 bookclub title, A Small Madness by Dianne Touchell. After being nervous to tackle what I considered grim subject matter, I found the book utterly compelling, with gorgeous writing. It was listed this year as a Notable Book for Older Readers by the CBCA (Children’s Book Council of Australia). 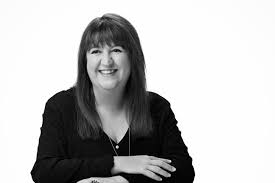 Dianne is originally from Fremantle in Western Australia, and is also (if she’ll forgive me for mentioning it) a gifted musician. Her first book Creepy and Maud was released in 2012, and her most recent title, Forgetting Foster, came out this year through Allen & Unwin (and I, for one, will be reading it as soon as possible). I encourage you to get along to her blog – she’s posted some fantastic things there.

I asked Dianne a number of very silly questions, which she was kind enough to answer here for #LoveOzYAbookclub:

1) One curious or unusual thing about you that most people don’t know:

I am an introvert with a collection of hip flasks.  Is that two things? – (I also have trouble following simple directions).  Being an introvert means I always want to go places, join in, be involved, but then realise I’ve already taken my bra off for the night and don’t really like being around people anyway.  It’s not that I don’t like people – it’s just that they have easy smiles and relaxed blather-banter and incomprehensible expectations.  Whereas my cats just want to be fed and loved.  The hip flasks are to cope with inescapable blather-banter.

2) One of your favourite words and why:

‘Fuck’.  I’m not sure you will publish this response but I hope you will, and believe you should. (Note: I most certainly did, as you can see – and see further notes below)  I do not use a lot of profanity in my writing because I think it is unnecessary.  I don’t use a lot of profanity in my everyday speech.  However, in situations where all methods of rational dispute process and patient rhetoric have failed, there comes a time when a shock-slap word is needed, be it to flabbergast the other person back into the moment or to simply deal with one’s own terror.  Marilyn Manson once said: “It is far better to use a curse word than to hurt someone, I find.”  This is where I use it in my writing also.  I draw your attention to this exchange in A Small Madness:

‘I’ve been thirsty,’ Rose said, and then slowly tilted forward until she slid to her knees on the floor, landing with the grace of a cat on Liv’s chest.

Liv eased Rose onto the floor and grabbed her phone. It slipped out of her grasp. She realised her own hands were bloodied and quickly wiped them on the edge of Rose’s bed before making the call.

When Liv’s mother pulled into the driveway, Liv was waiting for her on the front steps. She had been running back and forth between Rose’s bedroom and the front steps of the house for the past twenty minutes. She imagined her action, some action, any action, could both speed up time and create a bubble of it that could never be pricked. To keep moving in this immediate moment became more and more senseless and more and more essential. So she ran. And then she ran to the door of her mother’s car, yanked it open and began pulling on her mother’s clothes before the seatbelt was even disengaged.

‘Jesus Christ, is that your blood?’

I challenge anyone to find the word ‘fuck’ offensive in this situation.

(Further note: In our email exchange regarding this interview, Dianne said, ‘ I remind you they are called “messy” and would hope you would include all of them and not ask me for an alternates.’ And I replied, ‘I will most certainly be publishing your replies in their entirety – ‘fuck’ is also one of my favourite words, and I use it frequently in both writing and life’. And I would imagine that everyone in bookclub is similarly okay with a bit of swearing.)

3) Horror Challenge – which fave horror movie would you cheerily inflict on your friends?:

As a horror genre devotee it is difficult for me to choose just one.  And as you know I can’t follow direction.  So my top three would be Funny Games (directed by Michael Haneke), 28 Days Later (directed by Danny Boyle – who borrowed heavily from John Wyndham’s Day of the Triffids) and Psycho (directed by Alfred Hitchcock).

4) The zombie apocalypse strikes, but it’s okay, cos you have your choice of weapons, and you choose…:

Other people!  I have arthritis and have had a hip replaced.  My son already told me he wouldn’t wait for me in an escape situation.  So I figure I’ll hook up with a geriatric ward.  The ones on stretchers and in wheelchairs are basically kebabs for crying out loud!  I’ll be the fastest one in a slow pack.  I’ll be Meals on Wheels for the Zombies.  And therefore…always one step ahead!  Up here for thinkin’!

5) The best opening line from a book, in your opinion, is:

A surging, seething, murmuring crowd of beings that are human only in name, for to the eye and ear they seem naught but savage creatures, animated by vile passions and by the lust of vengeance and of hate.

Thank you to Dianne for participating – I was particularly impressed with her quoting of Marilyn Manson – and all of you for reading, and I hope you’re enjoying A Small Madness. I’ll put up the discussion post for this book early next week.