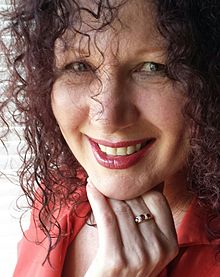 Our book this month is written by one of the loveliest people you could hope to meet – Jane Harrison is a descendent of the Muruwari people of NSW, and is an award-winning playwright and author. Apart from all her amazing achievements, and being an awesome writer, Jane is just an all-round ace person – I got to know her through her work as the Director of Blak & Bright at Writers Vic, and was even more awestruck after I read BECOMING KIRRALI LEWIS.

So, in usual fashion, I asked Jane all the oddball questions we usually throw at our poor authors who appear on bookclub, and Jane was gracious enough to provide lengthy and insightful replies! Check out her answers to questions of process, inspiration, and pop culture references from 1985…

I grew up reading without books without Aboriginal protagonists – other than the Boney books, which were written by a non-Aboriginal author. And still there is not enough of them, especially on school curricula. (I’ll step off my soap box now).  I wanted to write a book that focused on the experience of being an urban Aboriginal person. I had also heard many stories of the Stolen Generations (I am not Stolen, myself) during the research for my play Stolen, including the stories of some people who had had a good experience of being adopted into a white family – with the caveat that they still were compelled to seek out that important connection to their Aboriginal heritage as they grew older. It is difficult territory to traverse, but I hope I have done it sensitively.

Working in silence? To music? With snacks? No snacks? What are the essentials for your writing routine?

My routine is no routine. I used to love writing in cafes, but with a coffee machine at home I don’t need to leave the house these days. I do get ‘properly’ dressed though – I vowed to stop writing in pyjamas or trackie daks when I turned 40 cos it’s too easy to look like a hobo. I definitely write in silence … I can’t hear my internal voice if there’s music on. I also have a very short attention span, so I will hang up a load of washing, pull out weeds etc during my vital ‘writing time’. I console myself with the fact that I often get left of field ideas doing mundane things.

Your book makes No#1 with a bullet on the NYT Bestseller List, and a famous bartender at the Ritz-Carlton makes a cocktail in its honour.  What’s in the cocktail and what is it called?

I do like a cocktail … I was introduced to them when I was in New York for the reading of my play Stolen at the Drama Bookshop. Specifically, a Long Island Tea which is not the kind of tea my mother drank, when I was growing up (remember Robur anyone?). I also sampled a cocktail called a Dirty Jane in a bar named ‘Jane’.  Anyway … as an ode to ’85, which is when Kirrali is set, I’d probably call it ‘Big Hair’. Except Big Hair doesn’t sound like something you’d want to drink.  Perhaps a Kirralili. That sounds ritzy.

Why write for teenagers?  Why not adults, or little munchkins?:

Inside I am still 13, despite the sags and wrinkles. That mixture of confidence, insecurity, lack of political nous, dreaminess, ambition, despair and body dysmorphia still persists! So I think I can relate – unless of course teenagers don’t actually feel in those ways these days? 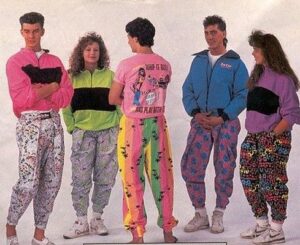 While researching your book, you found out some crazy stuff, and it was this:

I started writing Kirrali 18 years ago …. Which is a lot closer to 1985 than in 2014, when I finally completed it. During the editing process I had to go back and check that I’d got all the technology and trends right. I wanted to reference to pop culture that still resonated (I am still annoyed that I couldn’t refer to the film Pretty in Pink, because it came out a couple of months after the time period I was writing about). Technology-wise, we’ve come so far. In 1985 some word processors were being used but the personal computer was a rarity even in the workplace. And of course mobile phones hadn’t been invented so Kirrali has to run about trying to find a public phone that works. Education was free though – probably Kirrali wouldn’t have been able to afford to go to Uni if it hadn’t been (me neither). And yes, fluoro clothes were a thing…

Thanks, Jane, for visiting us and getting your sillies on with #LoveOzYAbookclub!