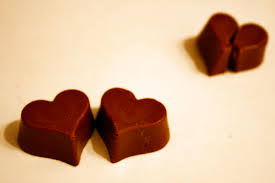 Hello!   Today, as you might’ve noticed from the title, I’m looking at a little thing that’s bugging me: I’m writing an in-depth examination of the Dreaded Love Triangle! (*cue scary music, the howls of the damned etc*)

But Whyyy? you ask.  Don’t we get enough of that crap in the YA we read?  And there’s the rub – love triangles have become so ubiquitous in YA literature that they’re really not fun anymore.  Time and again, I’ve been told that people are over love triangles, that they were never into them to start with, or that they’re too clichéd for words – theweirdworder in Teen Ink speaks for many by saying “Nothing makes me want to chuck a book against the wall like reading a love triangle”.

Which is why, when you search for articles about the topic, you see a lot of phrases like ‘Curse of the Love Triangle’, or even blogs called ‘Love Is Not a Triangle’.   I’ve actually gone for the same approach here, with ‘The Dreaded Love Triangle’ – like the Dread Pirate Roberts, only less handsome – and for ease of use (and my own amusement) I’m going to continue to refer to love triangles as DLTs for the duration of this post.

First of all, let’s establish a couple of things about DLTs.  It’s obvious that they’re a staple of the YA category – and more broadly, a staple of romance literature.  And there’s a reason for that: DLTs sell books.  No matter how often readers complain about them, books with DLTs continue to fly off the shelves, in both YA and adult romance.  That DLTs divide opinion, in spite of high sales, is also obvious.  Perhaps this is one of the reasons why the DLT trope is something authors often employ: because readers may either love it or hate it, but at least they’ll have an emotional response to the book?  I don’t know, actually, but it’s a theory.

But what is a DLT?  Does it take more than one form?  What makes a love triangle (for want of a better word) triangle-y?  Well, I won’t pretend to be scholarly about this – I got my definition from Wikipedia.  According to the Love Triangle page (yes, there’s really a DLT page on Wikipedia), a love triangle constitutes “a romantic relationship involving three people”.  It can “refer to two people independently romantically linked with a third person”, or a situation where “each of the three people involved has some kind of relationship with the other two”.

Okay…  But Wiki goes on to categorise DLTs into different types:

The Rivalrous Triangle: where two lovers are competing for the attention of a third

The Split-Object Triangle: where one lover has to split their attention between two objects of affection

The Triad: which is more like polyamory, where all three people involved have romantic involvement with each other

DLTs are considered quite different from ménage a trois; what distinguishes DLTs is the competitive element.  Apparently, DLTs tend to share common themes of (you guessed it) unrequited love, confused emotions, and jealousy.  Although you can have a DLT featuring three people of the same gender, usually the trope involves one woman and two men.  Quite often, a woman is torn between two suitors of contrasting personality (Good Boy vs Bad Boy – sound familiar?), or a Perfect Beloved versus an Imperfect But Endearing person (where the Perfect Beloved is frequently found to have Hidden Flaws).

More rarely, a DLT may take the form of two men who share an intense relationship (romantic, fraternal etc) permitting a woman to join them (Vampire Diaries, Infernal Devices – I’m looking at you).  A less permanent DLT is when “a former lover or friend of the main character returns to ‘win back’ the main character’s heart”, although Wikipedia points out that this is “usually not considered a love triangle since there is little possibility of the main character breaking up with a long-time partner to pursue a just-introduced character”, thus this situation is “often used only as a test of the true depth of the main character’s devotion”.

So that’s it for DLT definitions.  But why are they so goshdarn popular as a trope in YA?  The finger of blame has been pointed primarily at Twilight, as the series/franchise that kicked off what some people have referred to as the “Twilight curse” of DLTs.  Apparently, when Bella arrived in Forks, she started more than just a brawl between a vampire and a werewolf – Twilight was the single most-often-referenced work that people utilised for examples when discussing DLTs.  It’s been suggested that because Twilight was such a huge success, publishers decided to cash in on the trend.  Abby in Acculturated says that “the business of selling YA books is driving much of the repetitiveness in plot devices…Authors can do better than revisiting this tired old trope”.

But hold it right there – was it really Twilight that did all this damage?  How long have DLTs been around?  Well actually (*cough*), they’ve been on the literature scene for a very long time indeed.  If you want to do an exhaustive search, be my guest, but even my cursory examination of the issue uncovered DLTs in everything from Shakespeare to Ishiguro.  Let’s have a look at some examples:

Jane Eyre – Jane and Mr Rochester (the secret bigamist) are having a lovely time, until Mrs Rochester burns the whole thing down

Pride & Prejudice – Wickham and Lizzie, or Darcy and Lizzie?  Well, that was easy…

A Tale of Two Cities – Lucie Manette will never love Bad Boy Sydney Carton (who is teh hawt, btw, and I would totes have chosen Sydney), so he sacrifices himself in place of her about-to-be-guillotined husband, Charles Darnay (sob!)

A Midsummer Night’s Dream – more of a ‘love rectangle’ between Lysander, Demetrius, Hermia and Helena

Romeo & Juliet – Juliet is affianced to Paris, but she falls for sweet-talking Romeo instead

Little Women – Jo and Laurie and Professor Bear…oh, this one is sooo difficult!

Anna Karenina – Anna and Alexei and Vronsky and to be quite honest, I wanted to kill all three of them

And if that’s not enough for you…

The Age of Innocence – Newland Archer is about to marry May Welland, but finds himself drawn to Countess Ellen Olenska, and who wouldn’t be, with that gorgeous name

Never Let Me Go – Ruth and Tommy and Kathy and goodness, this book broke me into little pieces

The Dressmaker – Tess on the Titanic, and two very different guys…have we heard this one before somewhere?

Or how about in the movies?  Casablanca, Titanic, Bull Durham…  Or on television? Sookie and Bill and Alexander Skarsgard, or Angel and Spike and Buffy…  And so on and so on, ad nauseam.

Speaking of nausea, that brings us back to the reasons why people often find DLTs so unbearable in the YA books they read.  Here’s a few reasons why – as far as DLTs go – haters are gonna hate:

* it’s overused: see Abby’s quote above.  A lot of readers want to see YA move on from a Twilight-induced DLT stupor because since Meyer’s books were published, DLTs seem to have sprouted in every YA book released thereafter.  In fact, in some reviewer’s eyes, the trope has become almost synonymous with the category.

* it’s clichéd: see above. This is often about whether the author has written the DLT arc in an original or interesting way (which is very hard to do btw), and also the perception that the close association of the trope with YA makes the whole category ‘look bad’.  I definitely agree with this – I think we could do better with DLTs in terms of representation.  We could see more diverse sexualities and gender identifications, and more culturally, racially and ability diverse lovers – that would make a nice start.

* it’s predictable: more about how the DLT is handled, and the manner in which the arc of the DLT plays out, but presumably there’s only so many ways this can go, and we’ve seen them all.  Boooring.

* It’s a market ploy: nobody likes to feel as if publishers are dictating their reading choices (although they are, of course, by the sheer fact that they select all the titles being traditionally published, but let’s overlook that for the moment), or forcing a hackneyed plot device down their throats to make money.

* it’s unrealistic: some people have said that by implying to suggestible teenaged readers that, any day now, they might have two equally hot suitors vying for their affections, authors are setting teens up for a lifetime of pain and disappointment.  I’m not sure I buy the idea that teenagers are this gullible, but okay.

* it’s unhealthy: see the point above, but this also goes to the idea that True Love should only ever be portrayed as an exclusive bond between two people.

* it’s immature: again, related to previous two points, but this complaint has more to do with the idea that while teenagers might find the idea of two suitors fighting over them exciting, it’s an immature understanding of how real relationships work.  It’s also been suggested that YA employs the trope so often because it might appeal directly to teenagers at an ‘immature’ stage of emotional development.

* it distracts from the basic premise of the book: this is one I was clued into by Foz Meadows, when she wrote that teenagers reading YA fiction with a DLT as a background arc often get caught up in the romance aspects of the book and ignore the primary themes of the story.  She cited The Hunger Games as the perfect example, and noted that “anyone who thought romance and love triangles were the main event in that series…utterly missed the point”.  Good and fair call.  It makes me question whether the DLT aspect was really what the author intended readers to focus on in the story, or whether that was the aspect the publisher chose to promote (spoiler: I think I know the answer).  So that goes to the ‘market ploy’ issue raised above, and it’s reasonable to call it out, I reckon.

* it brings the MC down: this is an interesting one, and it is often specifically linked to female MCs – basically it suggests that a female MC who is constantly shuffling between two prospective suitors, seemingly unable to make up her mind, will lose the sympathy of the reader (‘You’ve got two hot lovers! What’s your problem, sister?’).  It’s also linked to the idea that a female MC loses credibility because she can’t decide – that she becomes, in essence, the stereotypical ‘flighty female’, thus confirming all the horrible sexist ideas about women and how emotionally fraught/undeveloped/confused they are.

Okay, I admit it, these are all points worth making about DLTs.  But no matter how much people whinge, there have been oodles of recent YA books with DLTs in them, and they’ve all become mega-successful.  Throne of Glass – The Mortal Instruments – The Hunger Games – Matched – The Selection – Hush Hush – Splintered – The Raven Boys – Shatter Me – Delirium – Fallen…  I could go on and on.  Obviously the formula still works, cos people buy the books.

So in my next post, I’m going to look at the flip side – why YA writers continue to employ DLTs in their work…

1 thought on “The Dreaded Love Triangle – Part I”