This has been a shit year.

Sorry to say it so baldly, but it’s true. On the world stage, lots of famous people who I like died – Alan Rickman, for god’s sake! That’s crap.

And politics was equally shite. By the most excruciatingly small margin, Australia voted in another conservative government for a few more years of pallid ‘save-our-bacon’ policy, spiced with the occasional blatant attack on good sense and common decency. We’ve got shit public transport everywhere in my state (that’s Victoria, for the uninformed). Education is going down the drain. Health care costs are rising. The arts community in this country has had its funding slashed. We’re still locking people up in concentration camps on Nauru and Manus Island for having the audacity to want to live in a place where they’re not being bombed to death by their own governments, like in Syria. We don’t seem to have any kind of coherent national sustainable environmental policy. I can get better internet service in a small rice-farming village in West Sumatra than I can in my own home in the ‘first world’ (I know this because I visited friends in West Sumatra a few years ago). And it looks like we’re heading into a financial recession (I know, you’re not supposed to say the ‘r’ word, but what the hell).

So yeah, the government here is absolute balls. And then I look at Aleppo and weep. And Brexit. And America, where it seems like they’re going to be stuck with a racist misogynist nepotistic fascist fucktard for four years – that makes me weep, too. Yep, a lot of weeping in my house this year.

And I still haven’t told you about the personal stuff. My health has been a bit average this year, but more significantly, one of my kids has been seriously ill, and it looks as if he’s going to continue to be ill for a while. You can handle it when it’s your own stuff, but when it’s your kids…well, you don’t want them to get a cold, y’know? Let alone get proper sick. So that has been really shit.

Anyway, that’s the whinging over. Because on some levels, this year has been amazing. I wrote a new book, and although it was incredibly hard to write, and I quite often despaired and didn’t know what I was doing, I finished it. My editors and my agent like it, and after a strong edit it’s taken a shape that I’m really quite proud of. It still has a way to go before we can call it a book and release it, but yeah, it’s on its way.

I submitted a story for a #LoveOzYA anthology (edited by Danielle Binks) called Begin, End, Begin. My story is called Missing Persons, and it’s a prequel story to Every Breath, and I really like it, and I hope you do too, because the anthology is being released next year (it’s on GoodReads, if you want a sneak peek).

I visited a lot of schools and was invited to many festivals and ran many writing workshops this year – having regular work was a real boon. I’d like to say special thanks to Will Kostakis and Shivaun Plozza, who roadtripped to NSW with me in November, and to Sulari Gentil and Jesse Blackadder, who were my workshop-mates during my extended trip to Coonabarabran (hi, Coona folks!). I’d also like to thank Bec Kavanagh and the Stella Schools Program, Booked Out, and Writers Victoria, who were wonderful to work with this year.

Another important thing – I got a grant this year, which has made my life immeasurably easier on many levels. I am grateful for my grant every day, so thank you Creative Victoria.

With a lot of prodding from my agent and some wise advice, I’ve taken a good hard look at my professional goals and my general author-y direction, and I’ve decided to try something different. I’m still nutting stuff out, and I’ll tell you about it more next year, but it’s given me a greater sense of purpose – I feel like I know where I’m going now. That’s always reassuring, to know where you’re going.

I’ve received a lot of support this year, and that’s no small thing. Writing and non-writing friends, I love youse all. Writer friends who I’ve worked with, and workshopped with, and angsted with, and retreated with, and cheered with – respect. You guys are the actual best. Somebody (who will remain anonymous) gave me a present this year which made it possible for me to keep writing. That was just…amazing. To that amazing anonymous person – thank you from the bottom of my heart (you know who you are). And I’d especially like to thank a bunch of special women who cheer me on and share confidences and prop me up every day – like the dentist in that toothpaste ad, I can’t tell you their names, but they know who they are too. These hugs are for them *huuuuugggs*.

So 2016 hasn’t been a total loss. Yes, many many crappy things have happened. But good stuff was there to compensate for the bad. You just have to dust yourself off and get on with it, don’t you? I plan on having a better 2017, and I hope the world sees an upturn in Good Things happening (I won’t hold my breath, but yeah, I hope) for people everywhere. 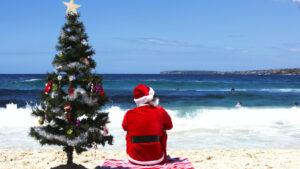 May you all have a safe, nourishing and peaceful holiday season. I’m going away with my fam, as is my wont – it’s our annual camping trip, and I will be going dark social-media-wise for a time. I’ll be back online in early January. Don’t be sad if I don’t reply or comment or anything during that period! I haven’t died, I’m just taking a break – we all need a little break now and again. I encourage you to have a break of your own.

All the best for the Christmas and New Year period – I hope you get lots of books for Christmas. I pray that all bad things turn good, for all of us. Lots of love from me and my family to your and yours. Take care, look after yourselves, drive safe etc. I’ll see you again in 2017.