Our first author interview for the year – huzzah! If you’d like a little insight into what inspired Nina Kenwood to write her debut YA novel, her fave trash movies, and the potential alternative titles for It Sounded Better in My Head, read on… 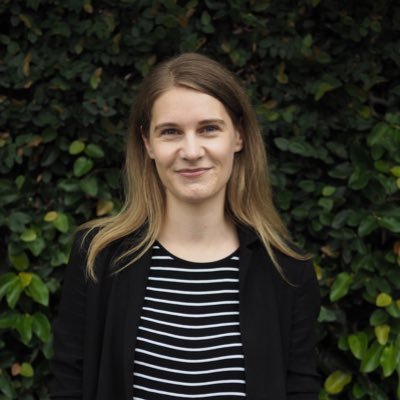 What other media inspired you during the writing of this book? Songs, TV, movies, other books…it’s all grist for the mill!

Every book I read inspired my writing in some way, but some highlights for me were Words in Deep Blue by Cath Crowley (one of my favourite ever YA books), Fangirl by Rainbow Rowell (I read it in a day, and wanted to write a book like that, a book to be devoured in a big, hearty gulp of happiness), Prep by Curtis Sittenfeld (my original awkward, introverted teenager inspiration), Looking For Alibrandi by Melina Marchetta (one of my first, true book loves), The Dog of the Marriage: The Collected Short Stories by Amy Hempel (she does so much with so little, I love dipping into her stories when I feel stuck), and any essay by Nora Ephron.

In terms of music, I actually have a Spotify playlist of songs I was listening to while writing the book – you can see it here.

There Is Only One Bed (when two people who aren’t in a relationship but perhaps have some unresolved sexual tension are forced to share a bed). This trope just so happens to feature in my book.

I also really love Enemies to Reluctant Allies to Friends to Lovers (which is best done of several seasons of a TV show or several books in a series), Fake Dating, and a really good Training Montage.

Trash Media Challenge – which fave trash movie/show would you cheerily inflict on your friends?

I had a running list of possible titles I kept adding to throughout the writing of my book (it was a great way to procrastinate). By the end, there were 65 (!) possibilities, some of which I later repurposed as chapter titles. Here’s a few of them:

My Face and Other Problems

There Is No One To Blame Here

Are You Having Fun Yet?

I like the idea of looking really cool with a crossbow but in reality, I wouldn’t know how to use it. Probably a hatchet. I’m confident I could swing a hatchet into a zombie’s head and survive for…maybe a week?

Nina, thank you so much for joining us at #LoveOzYAbookclub and getting your sillies on 🙂